A much easier way to make lemon meringue pie…adapted from Smitten Kitchen, there are 3 easy steps and the final product is quite impressive.  This gluten-free dessert can also be made for Passover by substituting the Nutriwhip with a Kosher for Passover whipping cream, and by omitting the cream of tartar.

Preheat oven to 250F. Line a large baking sheet with parchment paper.  Beat the egg whites with an electric mixer fitted with the whisk attachment until frothy, then add the cream of tartar and continue to beat until they hold soft peaks.

Very gradually add the sugar, then the salt, beating the whole time, and continue whipping the whites until they hold thick, glossy peaks.

Spread the meringue to about a ¼-to-1/2-inch thickness on the prepared sheet. 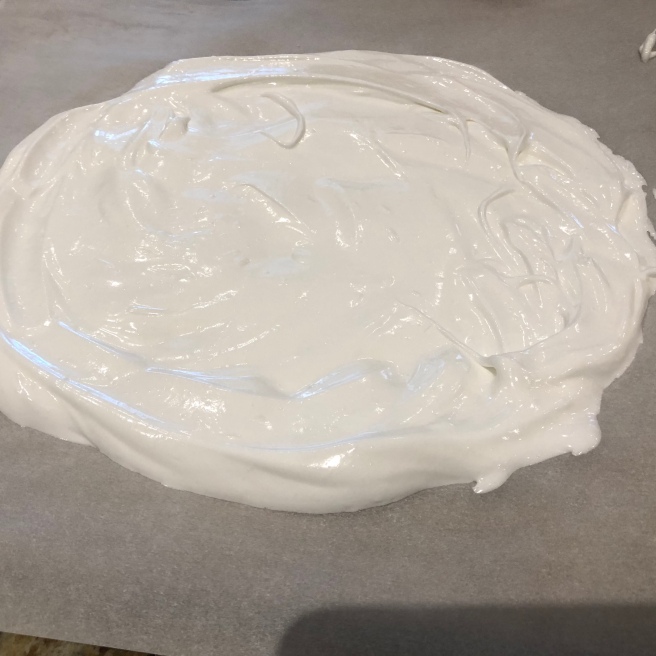 Bake for 90 minutes, until the meringue slab is dry and firm but not browned on top.  Let the slab cool completely at room temperature. 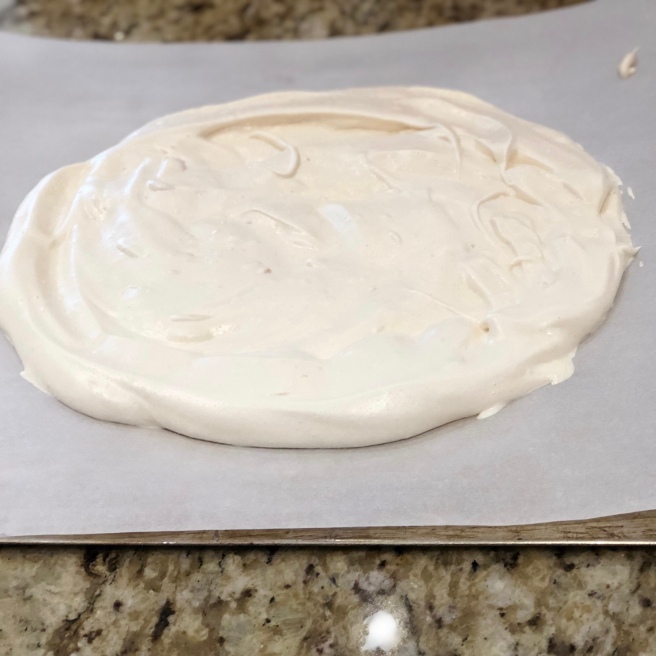 To make the lemon curd, combine the sugar and zest in a bowl of a double boiler and use your fingertips to rub them together to release the flavour from the peel.

Add the lemon juice, egg yolks and margarine, and set the bowl over an inch of boiling water.  Cook, stirring constantly, until the mixture begins to gel or thicken slightly.  Remove from the heat, and strain through a fine-mesh sieve.  Place plastic wrap directly over the lemon mixture and refrigerate until ready to use (up to one week in advance).

Whip the “cream” until it holds soft peaks in the bowl of the electric mixer fitted with the whisk attachment. 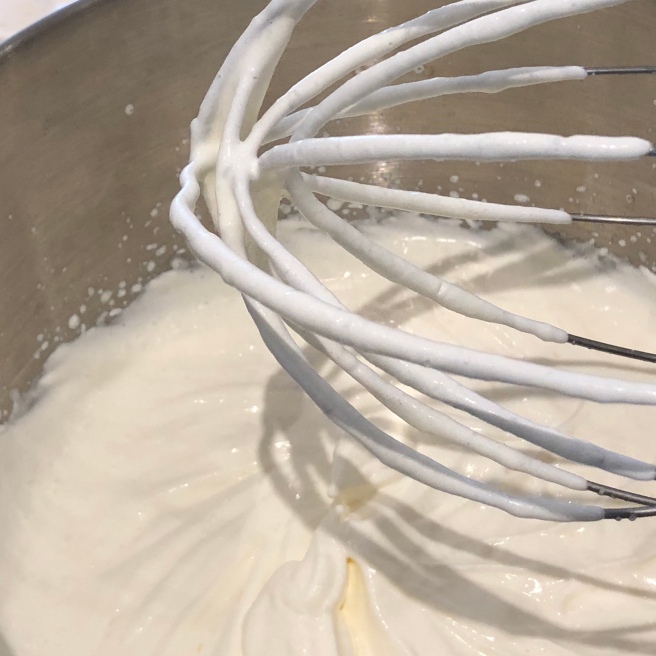 To assemble, crumble a little of the meringue into each of 9 glasses, dollop with whipped “cream,” and top with a spoonful of the lemon curd. Repeat the layers and then top off with a little crumbled meringue.  Refrigerate until ready to serve.

Science Fact of the Week

When you beat egg whites, you are mixing air into them. Meringues are light and airy desserts, and it is important not to over whip the egg whites. It is commonly said to whip the egg whites until they have stiff glossy peaks. Beyond this point the eggs can be over whipped, creating a grainy and dull texture.

View all posts by Marvin

Welcome to The Science of Baking, a father & son baking laboratory.

With our science backgrounds we both approach baking on chemical grounds.

This site is a place for us to post original and adapted recipes. We hope you enjoy!

The Science of Baking

The Science of Baking